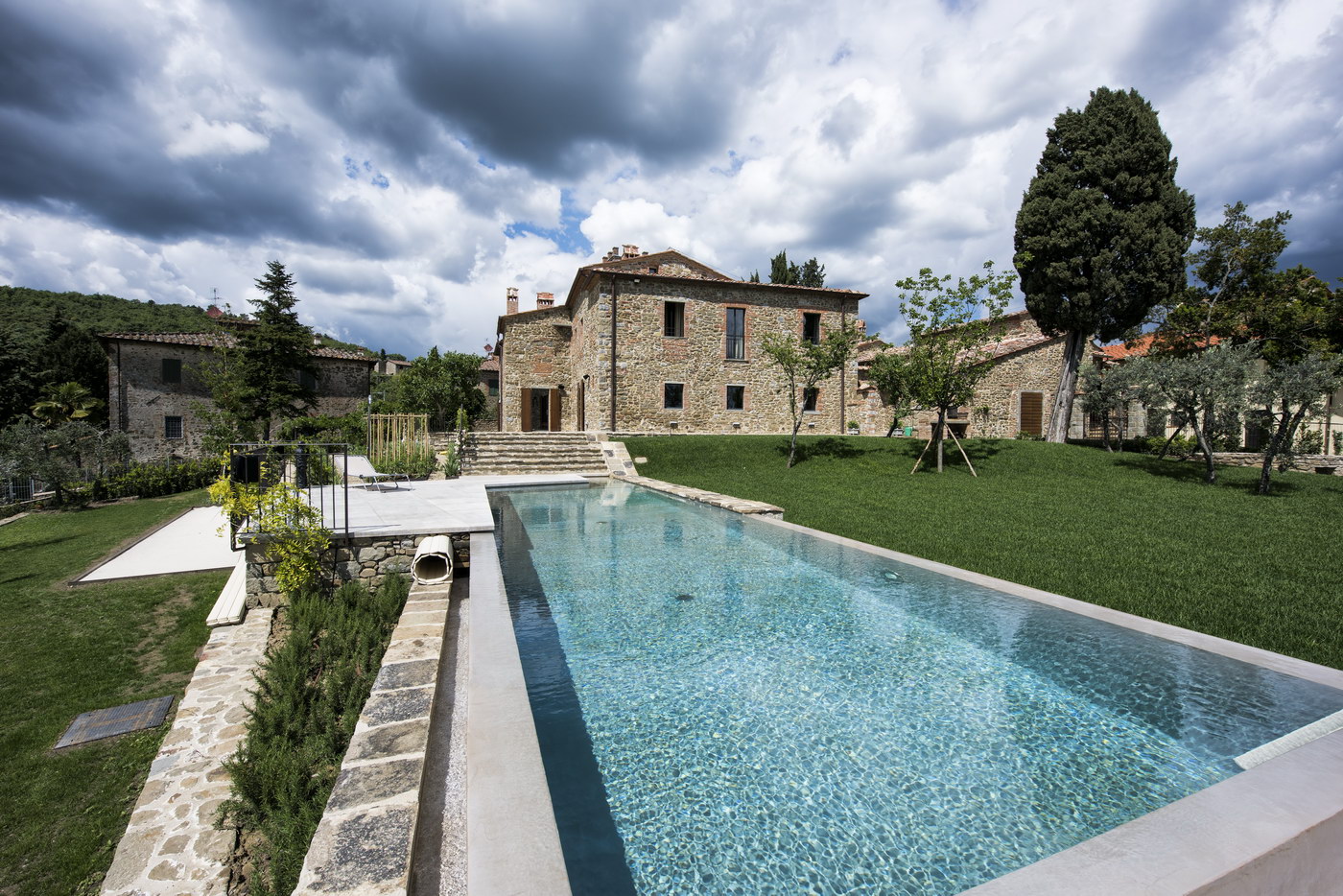 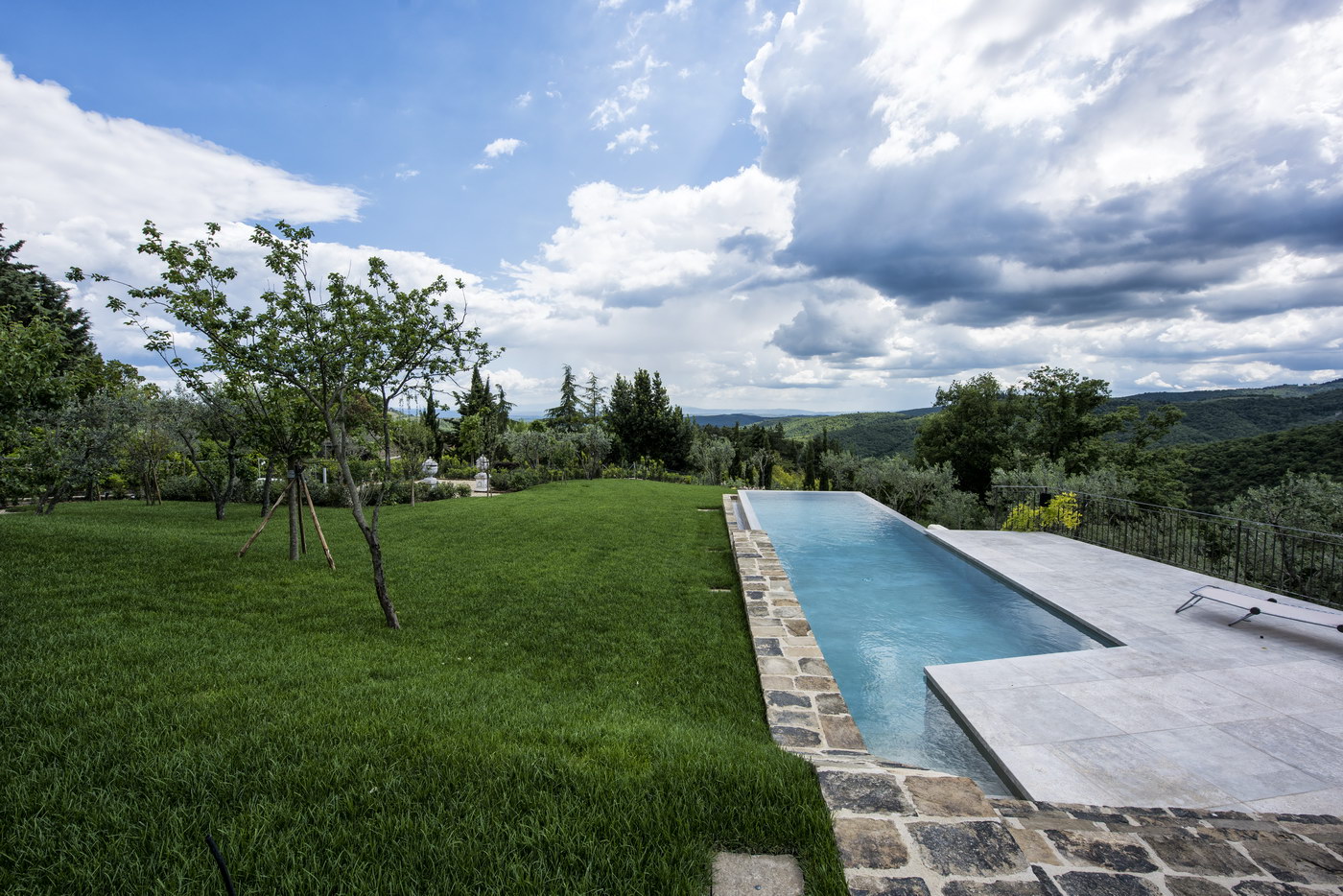 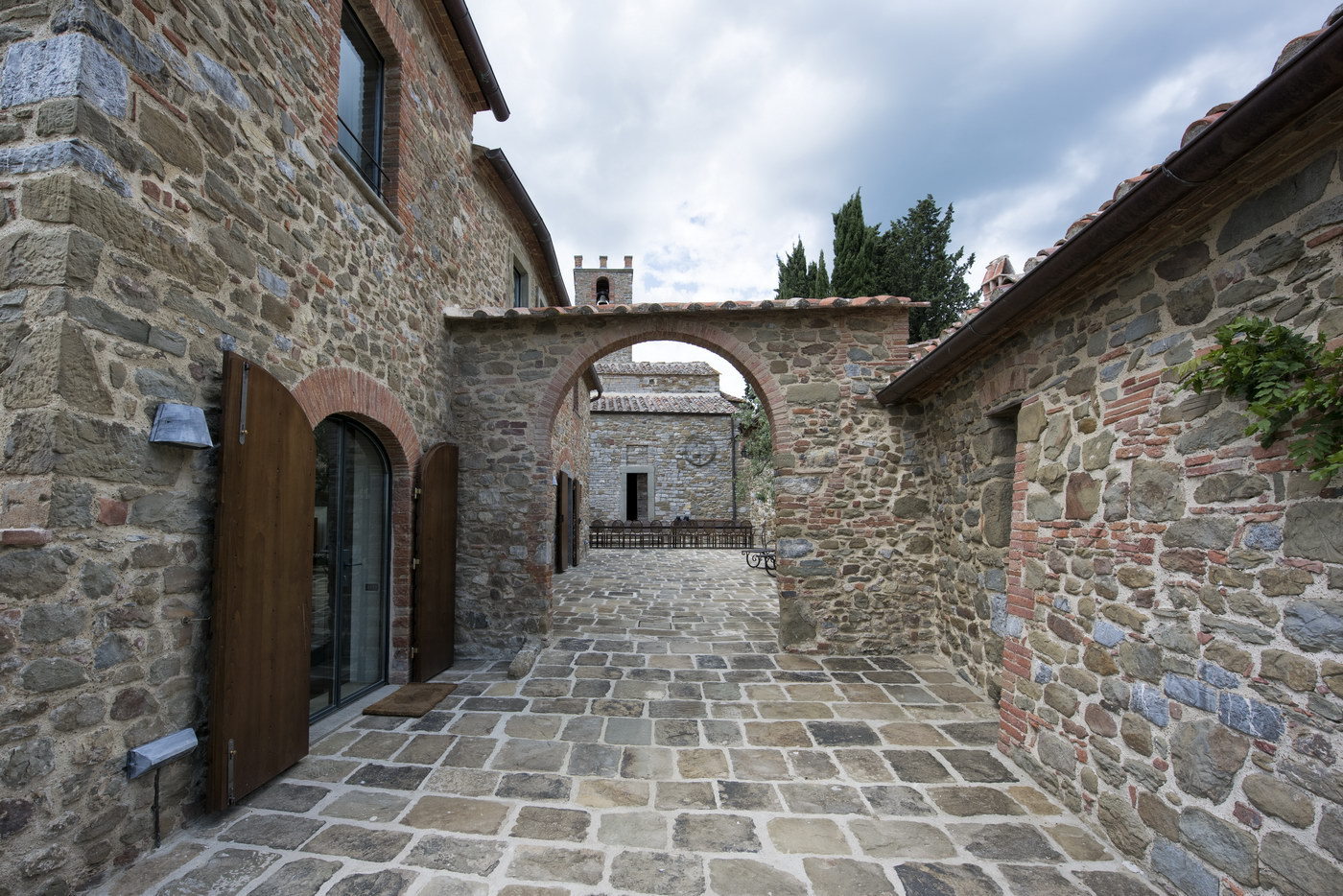 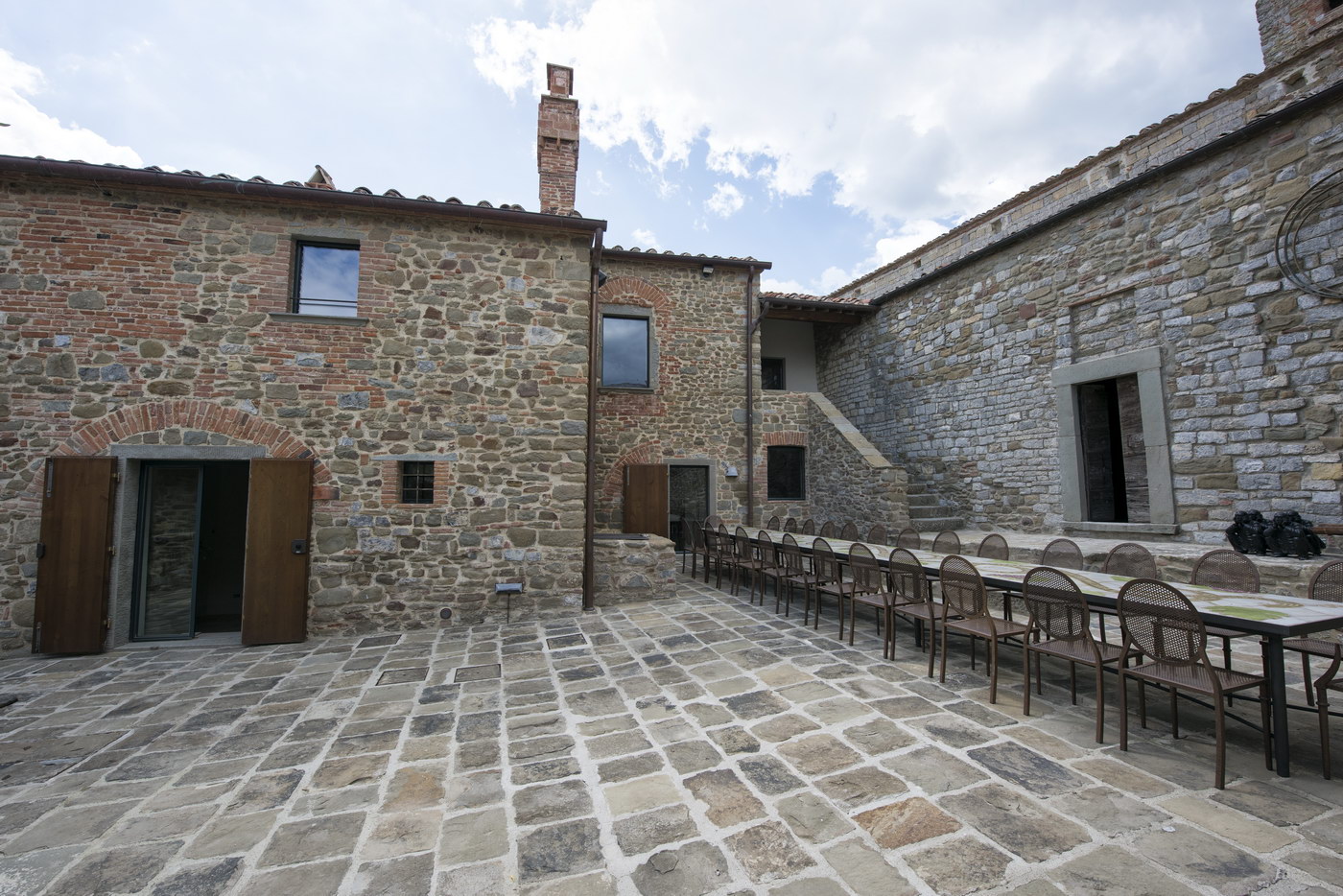 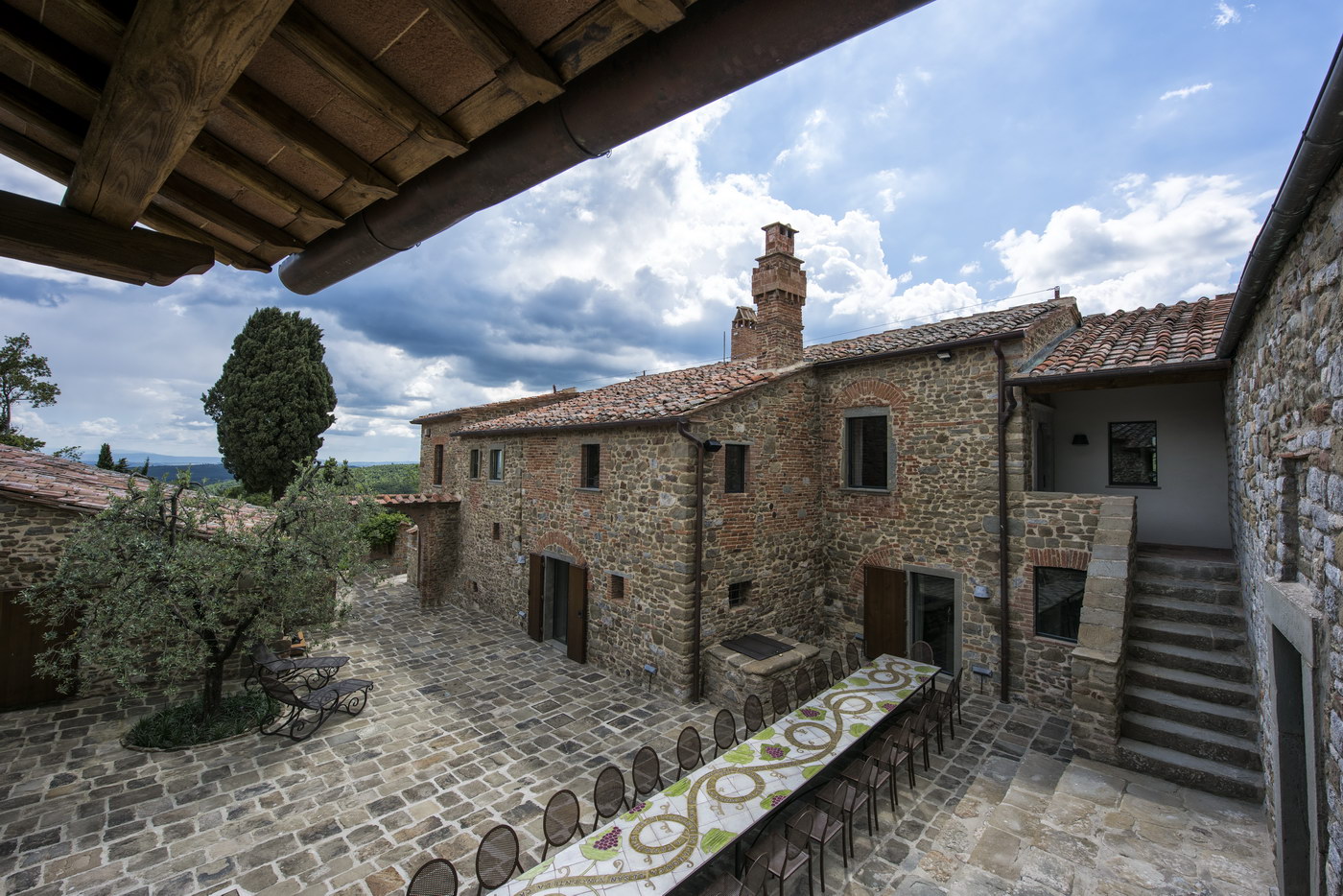 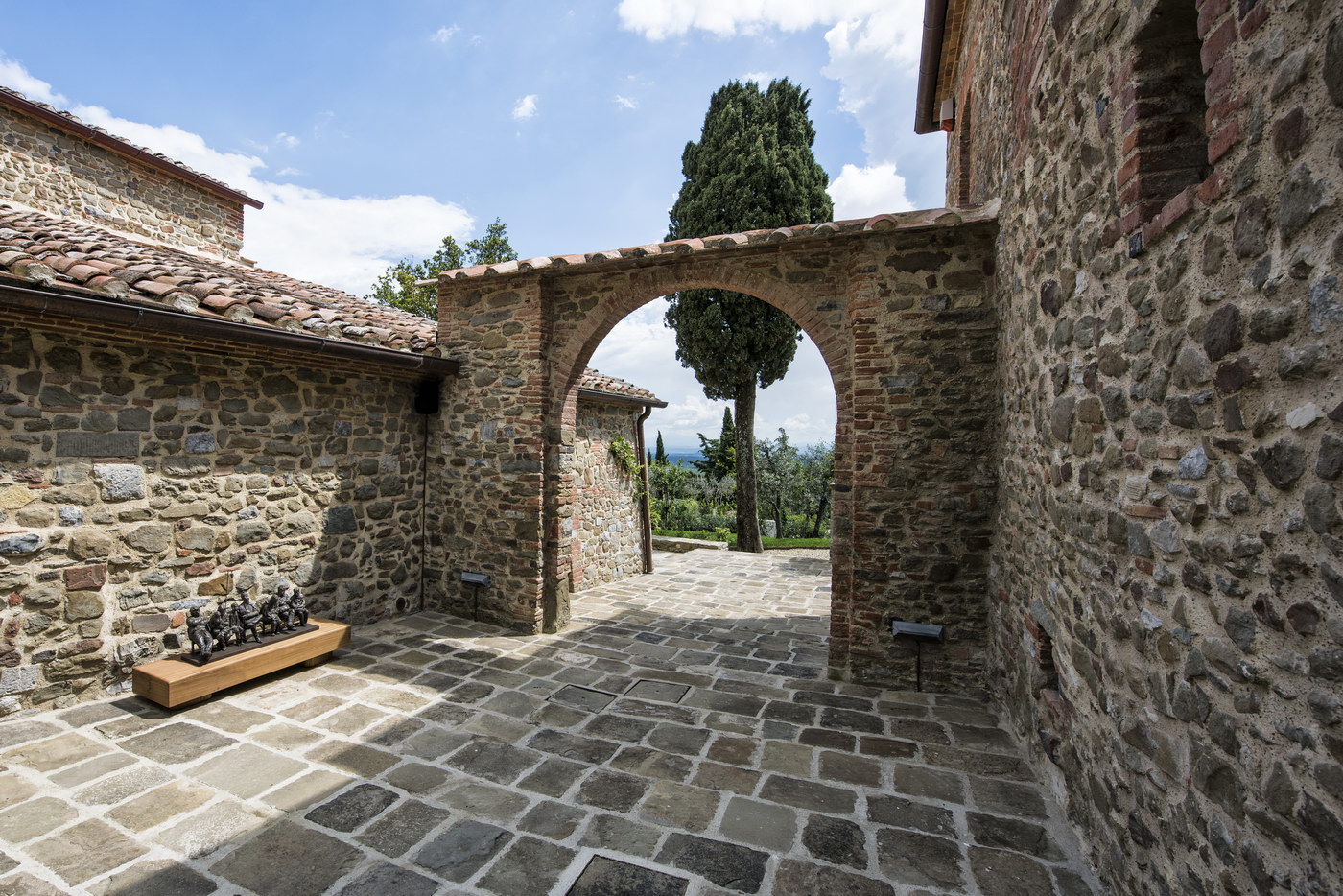 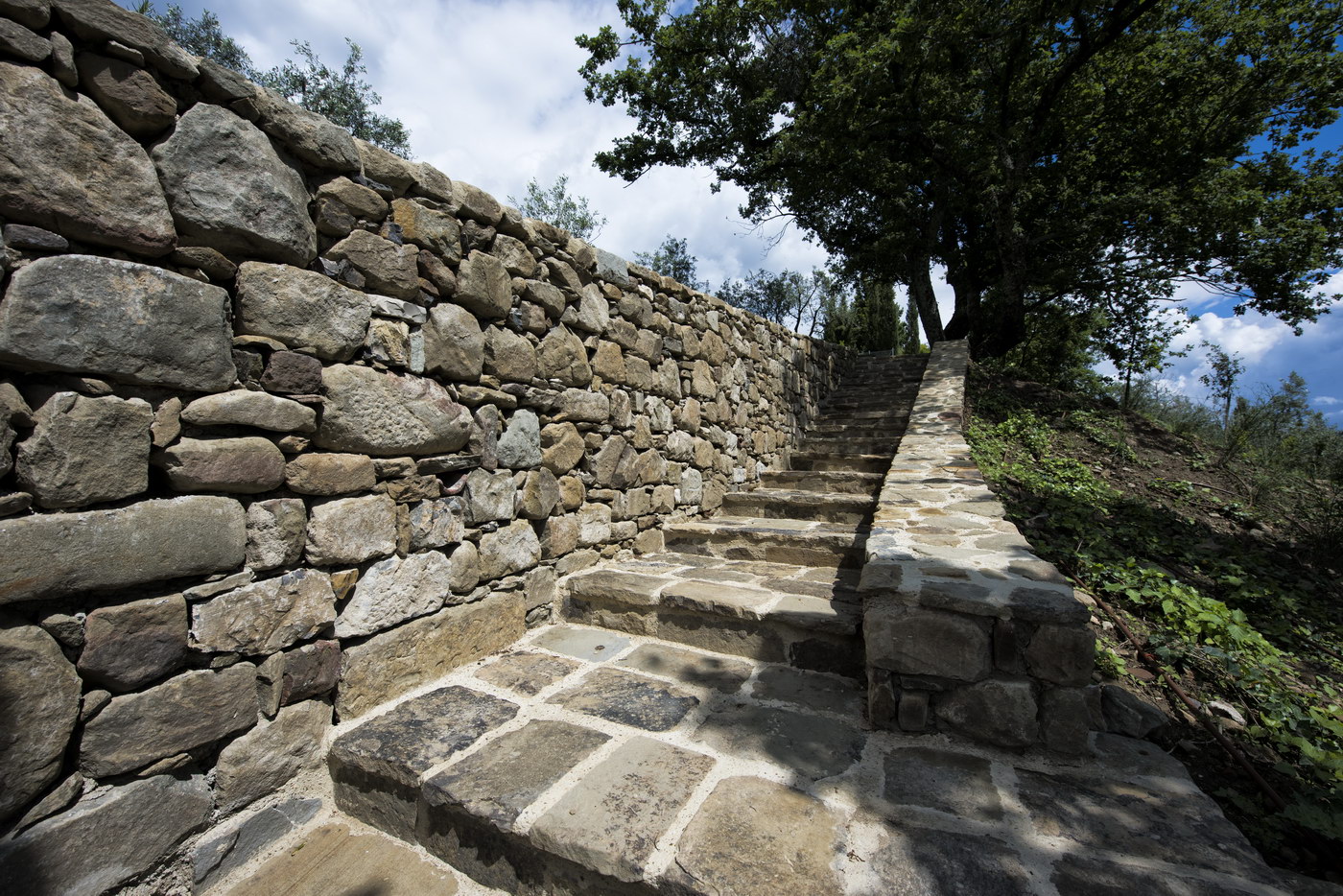 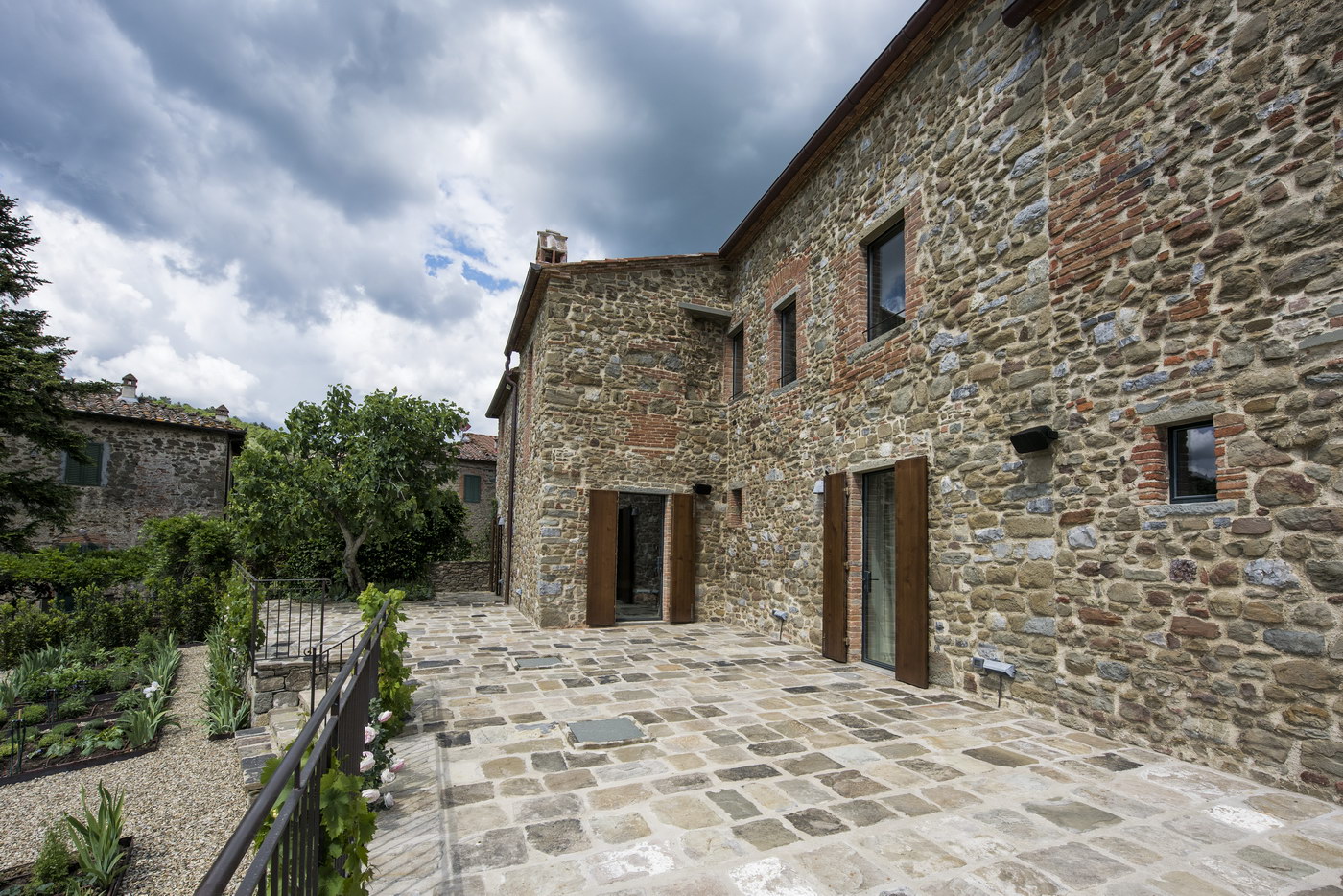 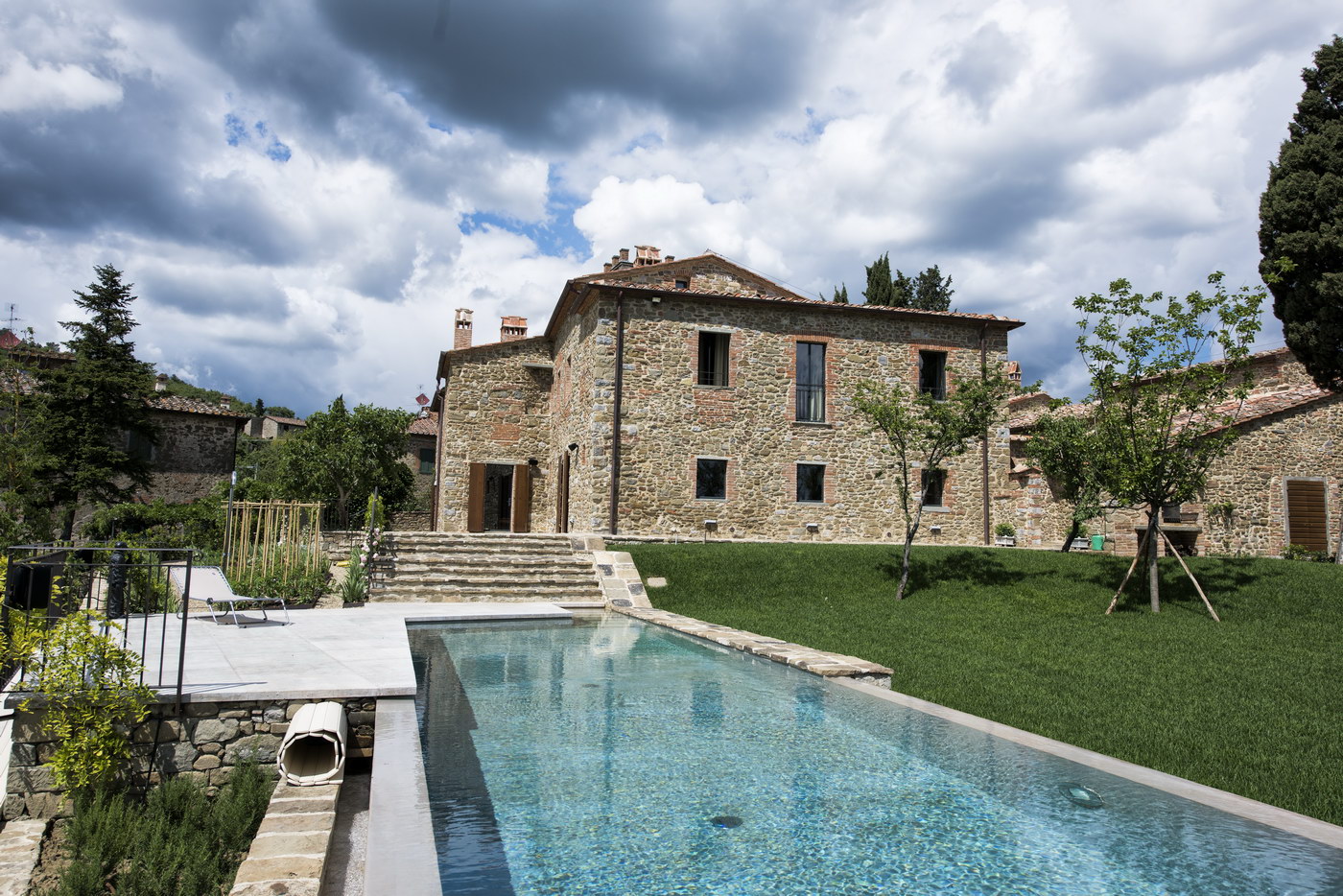 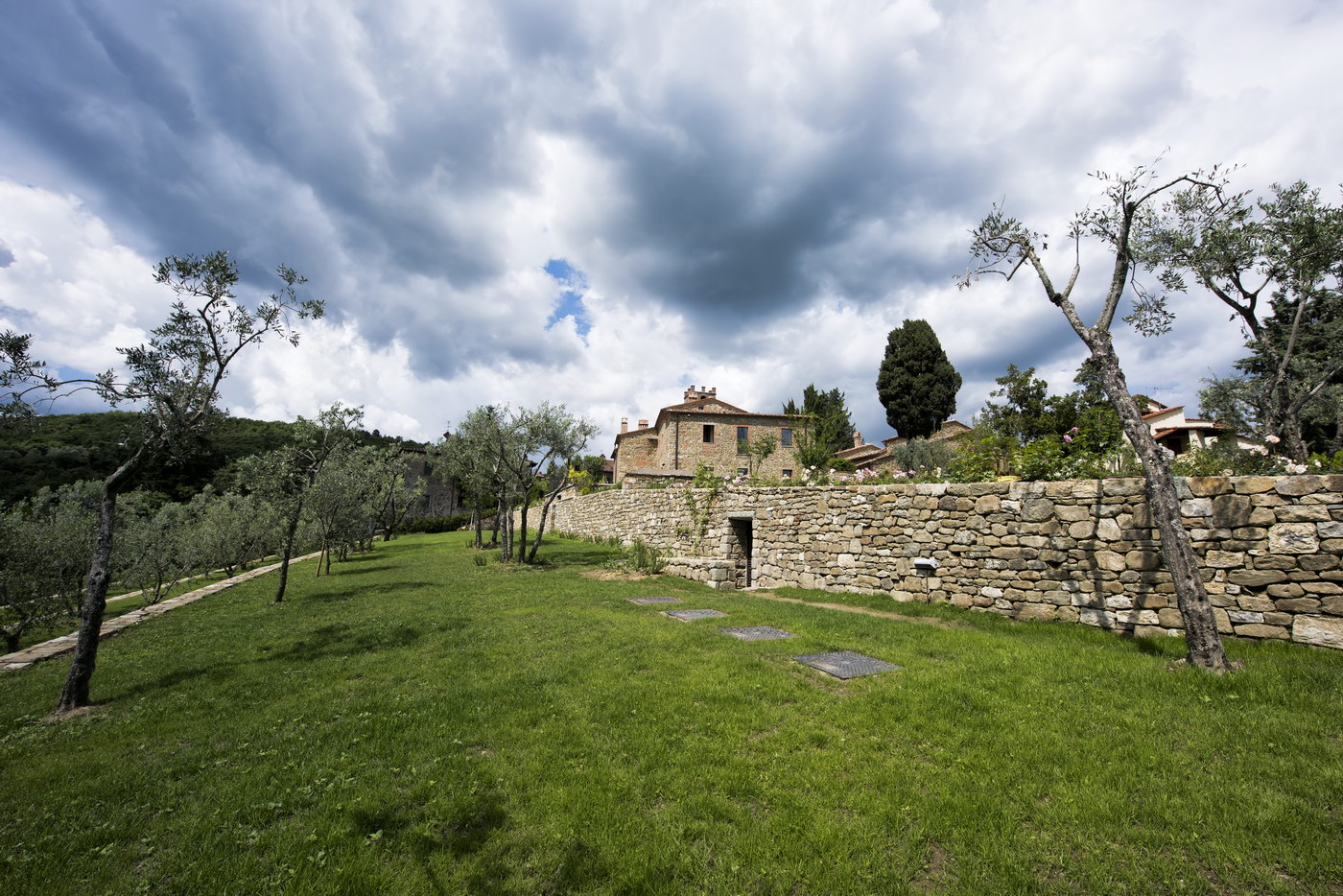 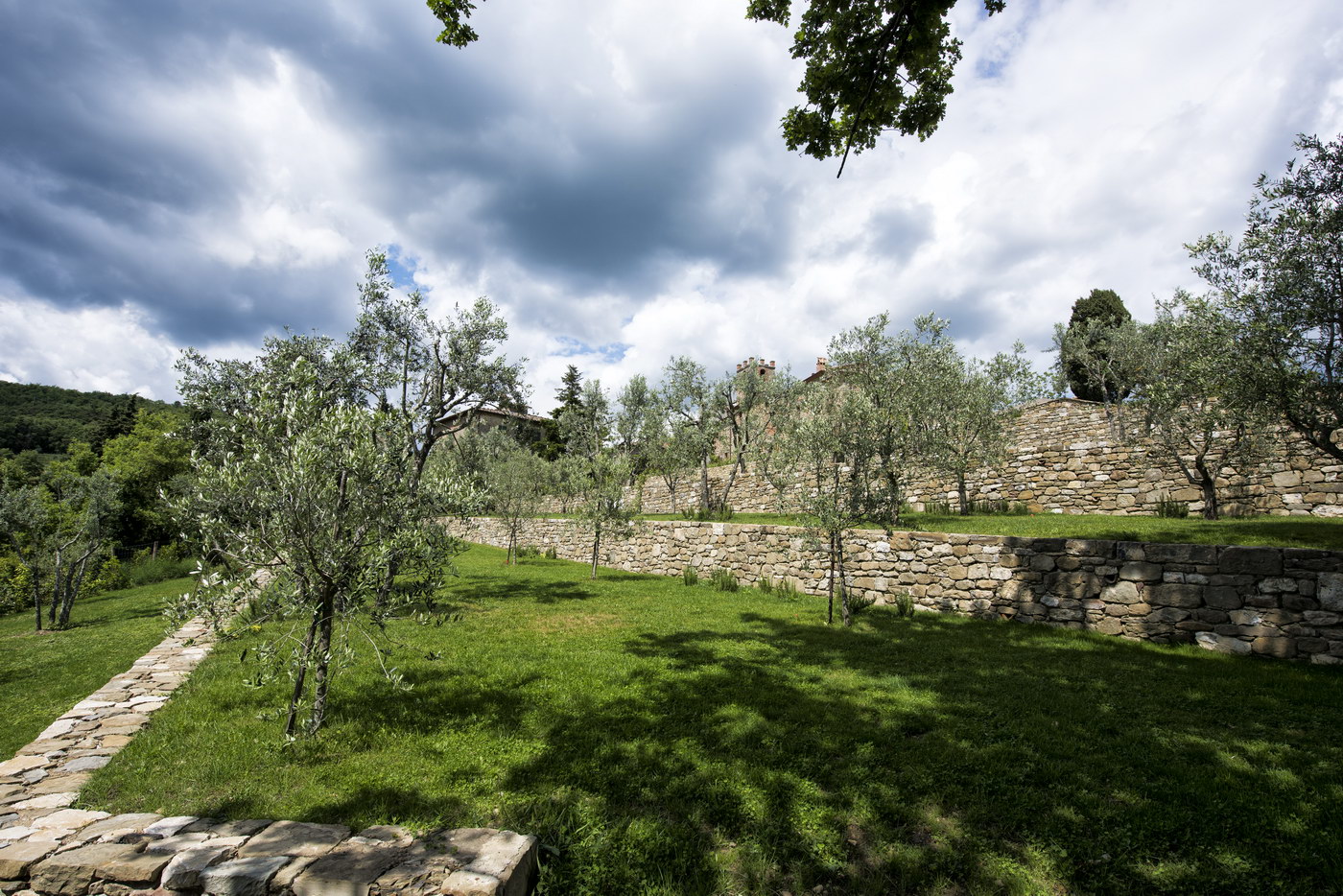 The building complex known as “Canonica di San Vincenti” has been historically documented since the seventh century, when it went under the name of “Basilica Sancti Vincenti in fundus Bonuspagis”, and which was assigned to the Diocese of Arezzo by Liutprando, king of the Lombards. The buildings were constructed to serve as residences for the curate and were the result of local builders, inspired by the typology of the rural houses that had always been part of the regions strong agricultural heritage. The building complex consists of three distinct buildings organised around a central stone-paved courtyard closed on the north side by the right aisle of the Church of San Vincenti with access from an iron gate to the south. The buildings known as “CANONICA” – “FRANTOIO” – “ANNESSO” are the objects of the building renovation carried out in such a way as to allow a dignified reuse of the ancient structures without distorting their original nature. The works in progress are aimed at the restoration of the buildings’ residential function through the construction of ventilated walls and ditches, the reconstruction and strengthening of the wooden floors, the total renovation of the roofs, strengthening and mending of the external walls, installation of modern sanitation systems, installation of all the latest high-tech thermo-hydraulic and electrical systems to save energy by recovering rainwater for sanitary and irrigation use, along with the use of geothermal wells for heating and cooling of the internal environments, restoration of the courtyard interior with the cleaning of the existing stone paving, demolition and reconstruction of the pavements in stone slabs very similar to the existing one, and the construction of a swimming pool with an infinity edge. 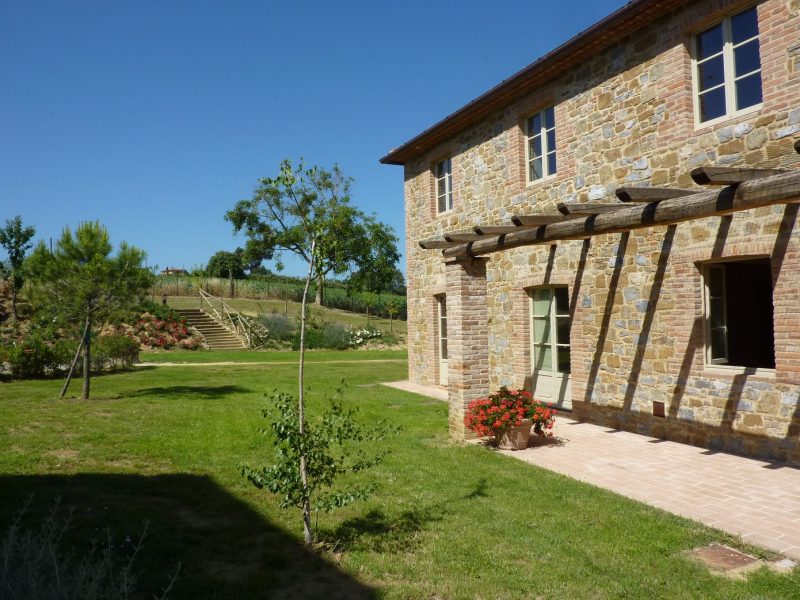 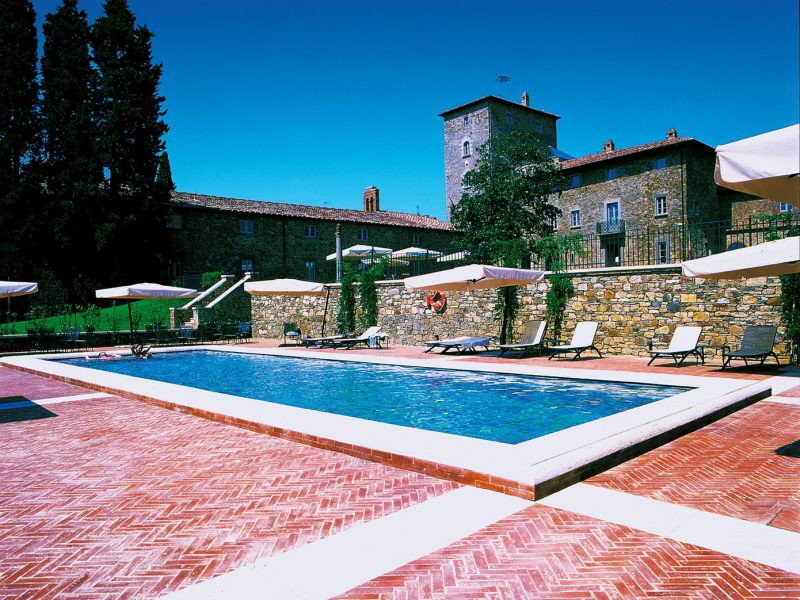 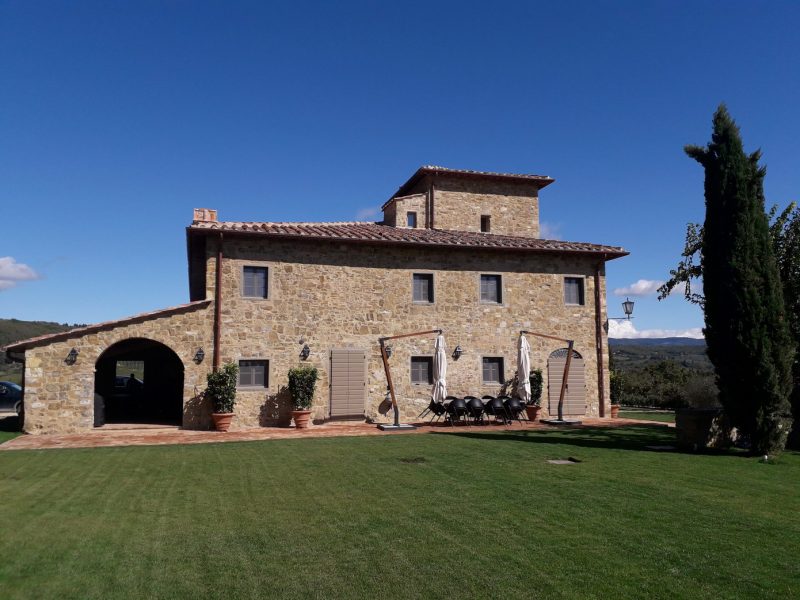 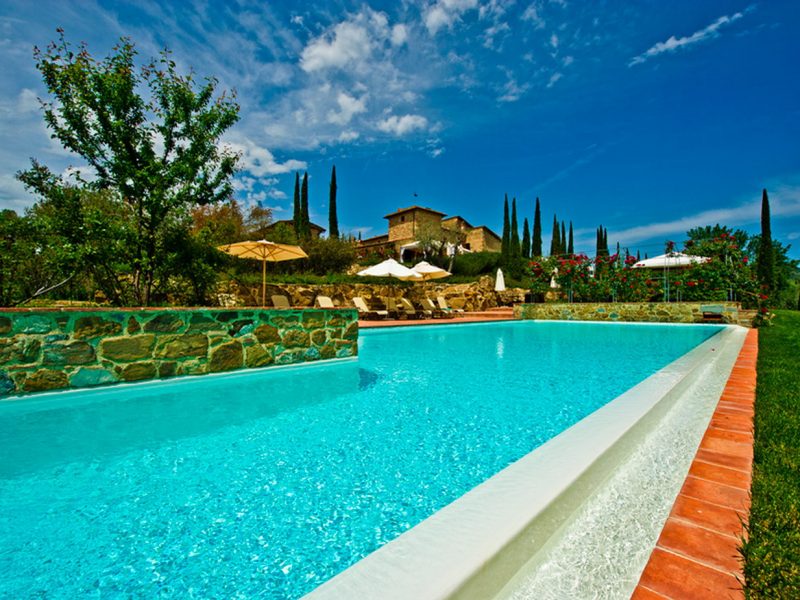 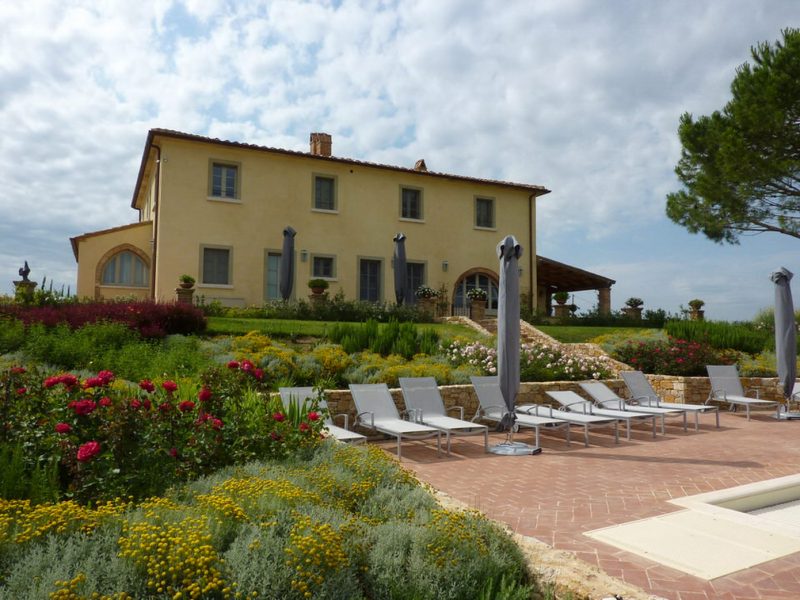 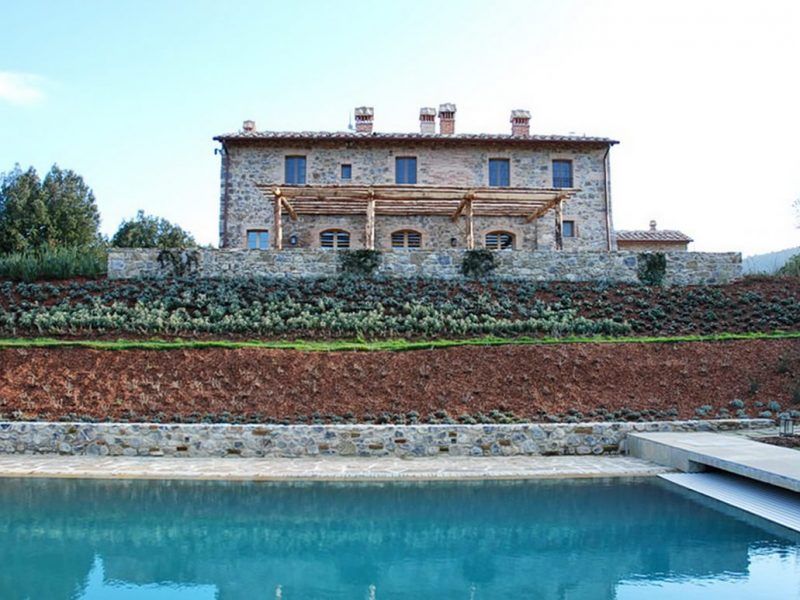 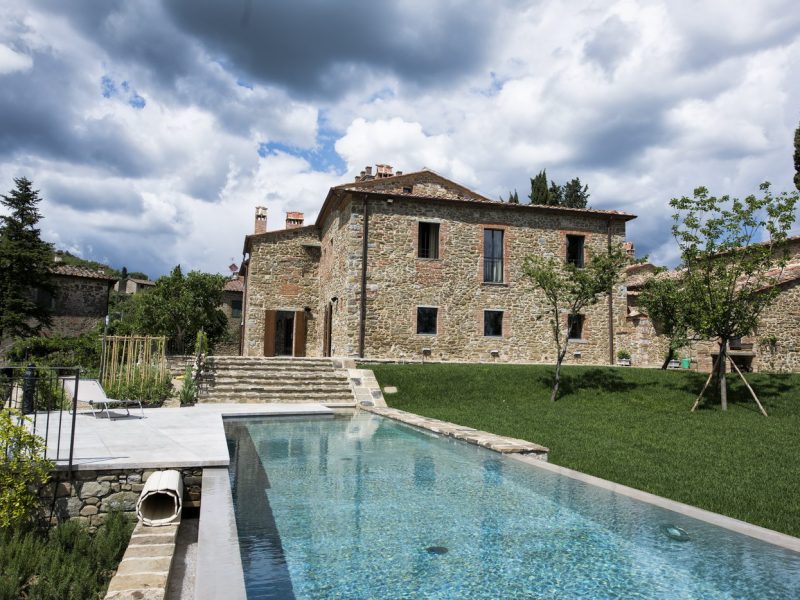 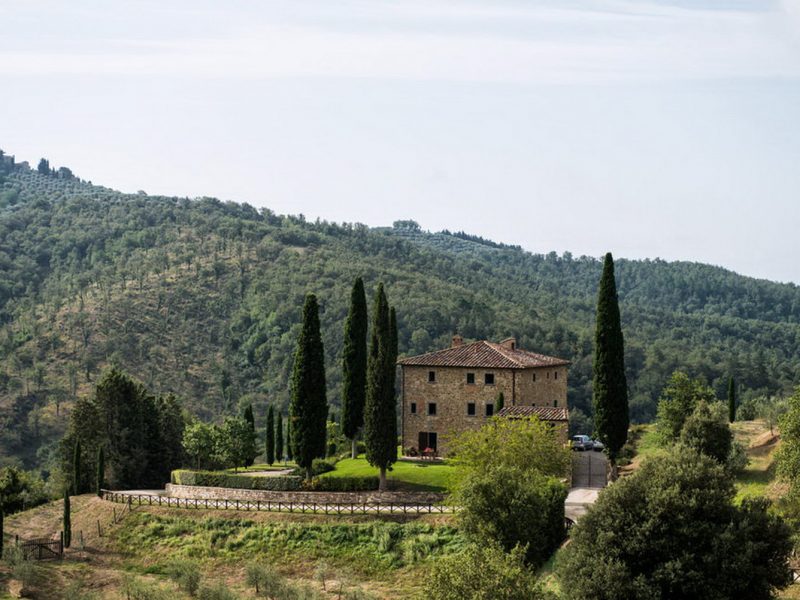 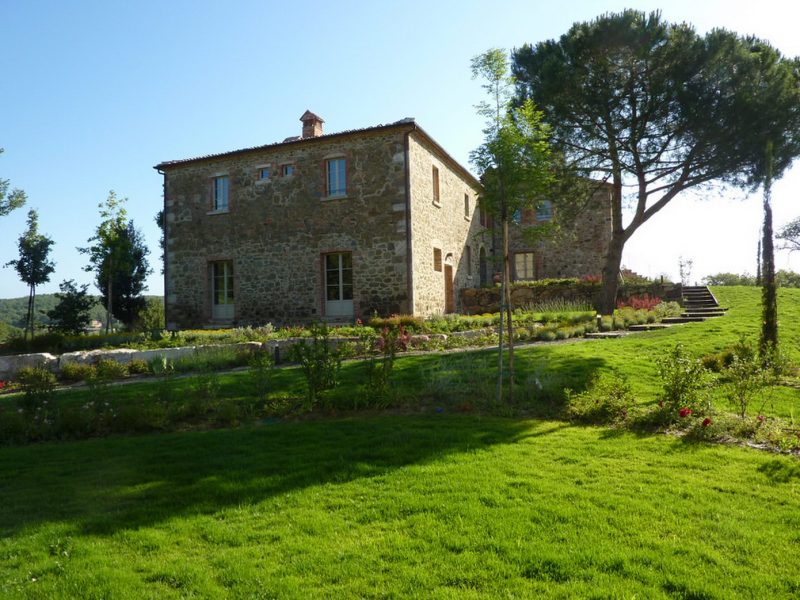